Neil Lemaire is a fine artist, born on the Isle of Man, a picturesque island in the middle of the Irish sea, which is a centre for many Viking and Celtic myths and legends. He grew up in Douglas, the capital, a seaside town where he spent most of his childhood fishing and playing amongst the rock pools, jetties and boats in the harbour. And so developed an affinity with water and structures around it. 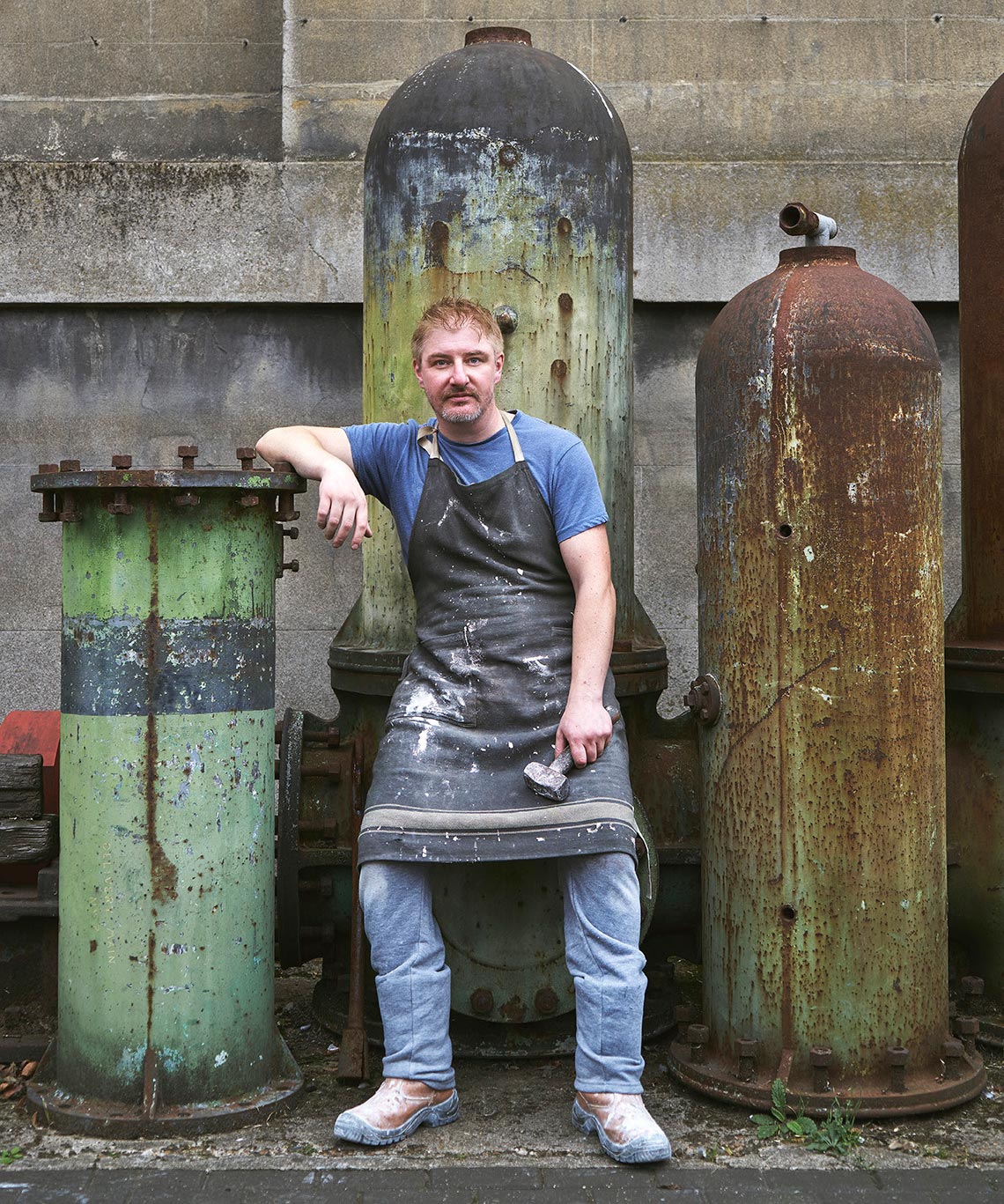 He attended Ballakermeen high school and studied fine art, ceramics and photography at the Isle of Man college. He left the island to study fine art in 1995 at the then known Surrey institute of art and Design. Now part of the University for the creative arts (UCA).

He graduated in 1998 and started working in Bronze Age fine art foundry in Limehouse London where he further developed his ceramic shell bronze casting skills. Eventually moving to Arch bronze foundry in Putney in 2004 where he continues to work part time while running his own studio at the London museum of water and steam, at Kew bridge, London. A fitting location for someone so interested in water and our structures built near it.

Neil’s artistic interests are based on connections between organic processes and engineering. Spontaneous, natural, processes like erosion, deposition and gravity are harnessed to produce cast, bronze or mixed media, components. These are combined and constructed into vertical, tower like, structures that have vague, mathematical rhythms, while showing random, organic textures.

Many of the forms have been developed from ink drawings, produced outdoors in the alpine mountains of France, where strong rock and plant formations can often be juxtaposed with jutting metal towers and aerials. From these lofty positions, human communication networks originate and are collected, affirming our influence on the landscape around us.

Likewise, underwater structures like piling, oil rigs, wind farms and jetties, that have been reclaimed by nature and have marine growth, play a part in influencing the forms.

Neil spent most of his 20 year career working in bronze foundries, producing artworks for high profile artists like Eduardo Paolozzi, Marc Quinn, Maggi Hambling and Nicola Hicks. But he also took a six year break as commercial diving supervisor for the environment agency on the river Thames. This unusual job led to an in-depth knowledge of civil engineering, it took him underwater, inspecting and repairing the sub-surface structures on the Thames, including the many locks and weirs.

It’s this keen knowledge of engineering and design processes, balanced with a close study and love of nature that has lead to the conception of the forms, he presents for us to encounter.